In light of the new restrictions announced by the Prime Minister last night, you don’t need the police to tell you to follow the rules. The model for me is what happened in Wales when the ban on smoking in public places came into effect - there were no issues of enforcement because people obeyed the law.

You don’t obey the law because there are police officers standing on every street corner but because we are part of a law-abiding society. The fact that police have been given powers of enforcement is a message of just how serious it is and that everybody has to obey the rules that have been set down.

Don’t forget that police officers and staff are as much a part of our community as the rest of us – they have the same worries about their children, about relatives, about elderly parents as do NHS staff - and like NHS staff they are there to help us not some sort of occupying force.

Please remember that even at this time of crisis the police still have to deal with organised crime, with domestic violence and abuse, with people trafficking and with drugs-related issues so don’t make the job more difficult. The rules have been made very clear indeed by what was said by the Prime Minister last night and we have heard a very clear plea to the people of Wales from the First Minister Mark Drakeford. 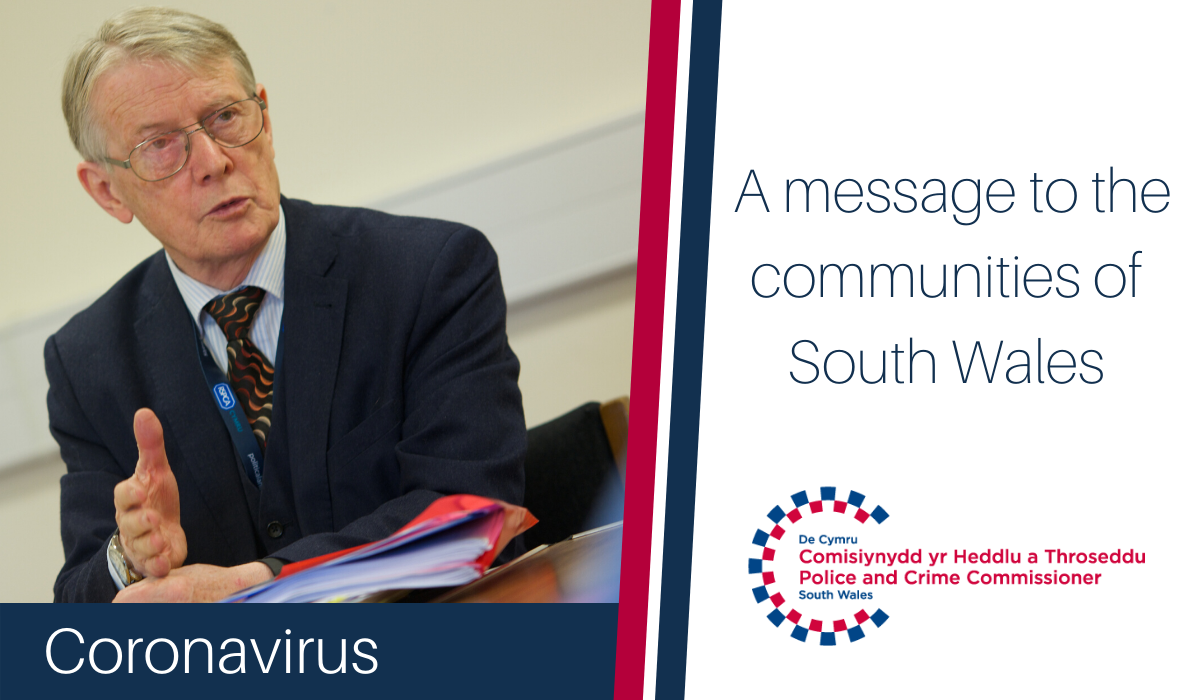