Responding to criticisms made by Welsh Conservatives on Friday 24th July regarding his office staffing and public relations costs, Police and Crime Commissioner for South Wales, Alun Michael, said:

“I find it bizarre that I am being criticised by Conservatives in Wales for bringing in more money from their own Government than any other Commissioner in England & Wales to enable South Wales Police to succeed in preventing harm and crime in our area.

"This money has been invested in preventing crime, keeping communities safe and protecting vulnerable people and supports innovative approaches and projects around early intervention and prevention.

"What my team has been doing is applying common sense, pursuing prevention and early intervention and delivering in practice on what Central Government has been asking the Police to achieve.

"Some costs have increased precisely because of additional responsibilities given to us in Government legislation, for example in dealing with complaints and appeals.”

The efficiency of this work of the Commissioner in protecting vulnerable people actually saves costs to the public purse as well as preventing further harm, as is illustrated below:

NOTE:  The above facts come from independent evaluation of the specific projects 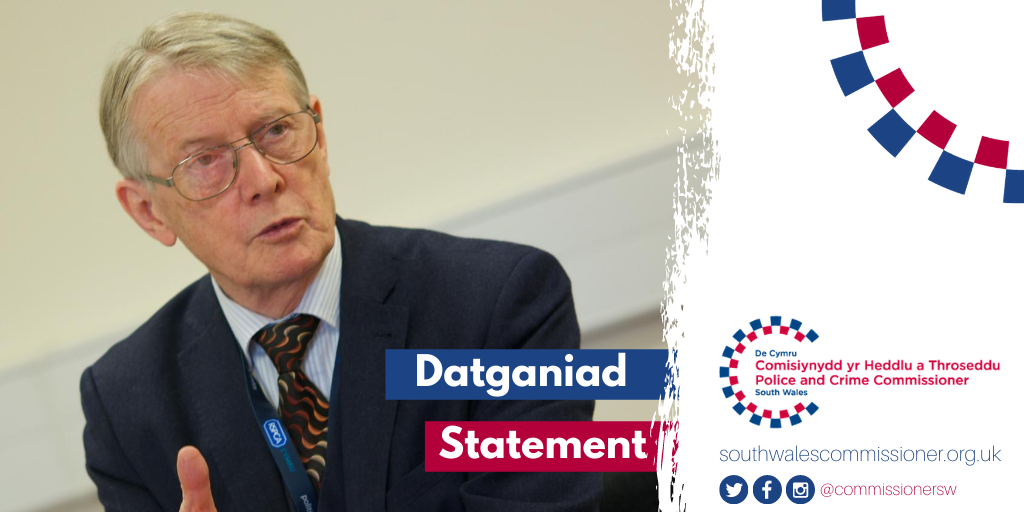 A ground-breaking initiative to tackle perpetrators of Domestic Violence and Abuse, led by Police & Crime Commissioner Alun Michael, has been awar…

The 11th November marks Remembrance Day and due to the ongoing public health emergency, events to mark the day will be very different than those in th…