"It is extremely disappointing that Arfon Jones has launched a criticism of South Wales Police based on a lack of understanding of both the technology and the extensive scrutiny that has been provided in respect of the deployment of facial recognition in ways which protect the public while respecting the law and our traditions of upholding civil liberties.

"It is particularly disappointing that the Police and Crime Commissioner for North Wales has never discussed this issue with me as I would have been able to point out the failings in his understanding and would have explained how the deployment at the Swansea City v Cardiff City match was in the best interests of genuine football fans.

"Over the years it has often been difficult for parents to consider taking their sons and daughters to high-profile football matches because of fears of violence caused by a minority of fans who have been more interested in pursuing conflict that in what happens on the football pitch. South Wales Police have been at the forefront of making football grounds safe places for the public, and Banning Orders were introduced to enable genuine fans to enjoy watching football in safety and confidence. They are only fully effective when they are enforced.  At the recent match in Swansea facial recognition technology was deployed to identify individuals in breach of such a court order and therefore banned from attending the game.

"There was absolutely no retention of images of the general public who were attending the match.  It’s important to note that CCTV surveillance does involve retaining recorded images for up to 30 days but that is not the case with facial recognition technology.  Facial recognition is used to identify individuals who are on a watchlist – in this case people who were included specifically because they had been issued with a banning order by the courts to protect genuine supporters. Other than individuals on that list no images of the general public are retained and the data is immediately deleted.

"It is incomprehensible that Arfon Jones should not support measures which keep football fans safe and able to attend games confident and secure in the knowledge that everything is being done to keep them safe.

"The statement issued by Arfon is littered with inaccuracies in respect of both the technology and the law, and it is very sad that he has used his office to spread misinformation in this way.  Not only has the High Court found that the use of facial recognition technology by South Wales Police to be legal and justified, its deployment is also subject to intense scrutiny by myself as Police and Crime Commissioner and by a number of independent bodies including our joint ethics committee, Government-appointed commissioners and through open engagement with the public where the technology has been deployed.

"There has not been one single wrongful arrest as a result of the use of facial recognition by South Wales Police, whereas there have been numerous successes in apprehending criminals who were wanted for some very serious offences including sexual offences, serious assaults and burglary.  This particular deployment was very specific and follows the principle that prevention of violence is better than having to respond after violence has happened. That is in the best interests of football fans and the reputation of the sport itself." 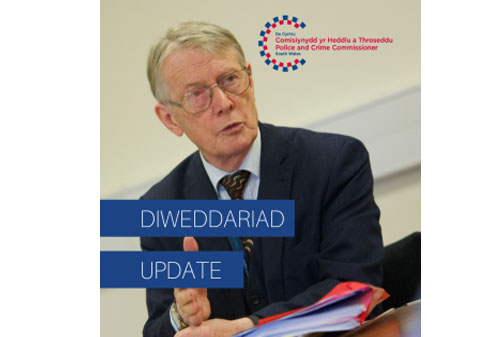