The South Wales Police & Crime Commissioner Team has received confirmation that it has been successful in its bid to reattain the Investors in People (IiP) accreditation.

Investors in People is a management framework which links developing and supporting staff with the vision, aims and objectives of the organisation that they work for. The prestigious accreditation is recognised across the world as a mark of excellence.

The Commissioner Team originally achieved recognition through the standard in August 2015 but reassessment was postponed by the Leadership Team during 2018/19 whilst the responsibilities and structure of the team were reviewed to ensure that they were fit for purpose to support the evolving demands of policing in South Wales.

Following the introduction of the new structure in summer 2019 and ongoing work to improve how all staff are developed, supported and understand how they contribute to the success of the organisation, Investors in People were invited in to reassess the Team against their rigorous standards. This process is multifaceted and includes the review of plans, structures and systems as well as conducting interviews with staff and key stakeholders.

An assessor from IiP visited the office of the Commissioner Team in Police Headquarters during the autumn and spent time talking with staff and reviewing the evidence that had been submitted in support of the standard.

“We are extremely proud to have once again achieved the Investors in People standard and I want to thank each member of our team for their contribution to this success.

“As the demands of policing have evolved, it has been necessary for us, as a team, to ensure that we are best placed to support South Wales Police in the delivery of excellence to or communities. As a result we have been through a significant review of structures and practices to ensure that we remain efficient and effective.

“This is a journey that we have taken as team, recognising that we achieve so much more together, helping us establish core values and a clear vision that ensure we are collectively focused on shared objectives.

"It is has been really pleasing to see the commitment to one another and moving forward I am confident that we have now established strong foundations for the continued support and development of our staff.” 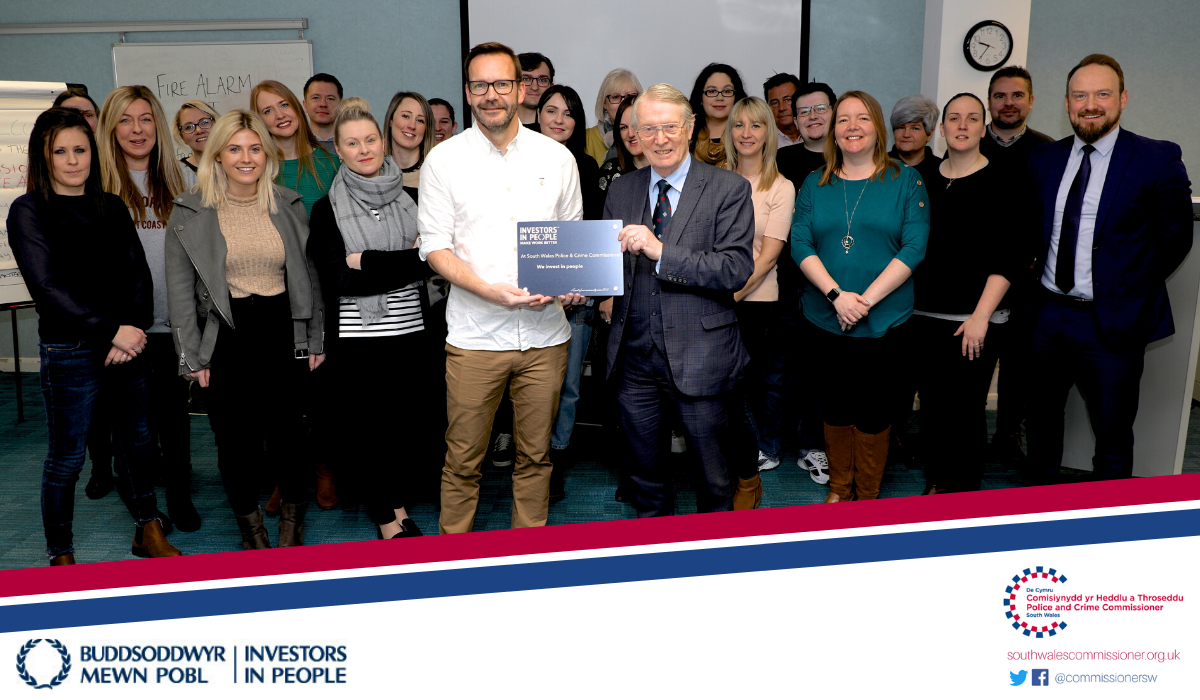