On a successful night for South Wales’s PCSOs, Stuart Lloyd scooped the Bravery award for helping rescue a member of the public from a house fire, while Leanne Thomas landed the Equality, Diversity and Inclusion gong for her role in promoting and supporting community cohesion in Swansea.

In addition, PCSO Alyson Davies was one of four nominees – and the only one from Wales – in the partnership working category.

The National PCSO Awards ceremony in London, jointly hosted by the National Police Chiefs’ Council and the union Unison, marked the 20th anniversary of PCSOs’ introduction into policing in the UK.

Port Talbot-based Stuart’s bravery award was earned for his role in rescuing a member of the public from a fire. Spotting a black smoke coming from a property while on foot patrol, and knowing the home was occupied by an elderly female, Stuart raised the alarm and tried to enter the property. Beaten back by the ferocity of the fire, a further attempt to enter via a side entrance was made, alongside a member of the public, but was again thwarted by the fire. Eventually they pushed the door open and saw the occupant lying on the floor. Stuart administered first aid once the victim was outside the house.

Meanwhile, Leanne – who was appointed as a divisional cohesion PCSO in 2019 – was recognised for her wide-ranging efforts. Among her work, she is involved in the running of the Swansea Police Youth Volunteer hub, sits on the Swansea LGBTQ city forum.

Seeing an opportunity to bring woman and girls from diverse backgrounds together, she also helped create a force ‘Unity netball tournament’ and has been instrumental in its organisation and implementation.

Leanne has a comprehensive understanding of what community cohesion is and identified an ideal platform to promote cohesion and positive relationships between groups that may not otherwise come together.

South Wales Police and Crime Commissioner Alun Michael said: “Being invited to speak at the awards event and to be surrounded by so many excellent PCSOs from across Wales and England was an absolute privilege.

“As the South Wales Police and Crime Commissioner I was very proud to see a number of PCSOs from south Wales being shortlisted for awards. I’d like to congratulate all nominees and of course our winners.

“It is my firm belief that the introduction of PCSOs 20 years ago was a gamechanger for policing in the UK – neighbourhood policing teams are an essential part of any community and that is why in South Wales we have invested in local policing and put it at the heart of both my Police and Crime Plan and the Chief Constable’s Delivery Plan.”

Chief Constable Jeremy Vaughan added: “I want to pass on my warmest congratulations to Stuart, Leanne and Alyson, I am delighted at the recognition they have achieved.

“They exemplify the work done by our teams of PCSOs, who play a vital role in helping to keep the communities of South Wales safe. They are the cornerstone of Neighbourhood Policing, tackling the problems that affect our communities whilst providing support, advice, and a friendly, visible presence on our streets.

“These awards are testament to their dedication and their commitment to the communities they serve, and I am extremely proud of their efforts.” 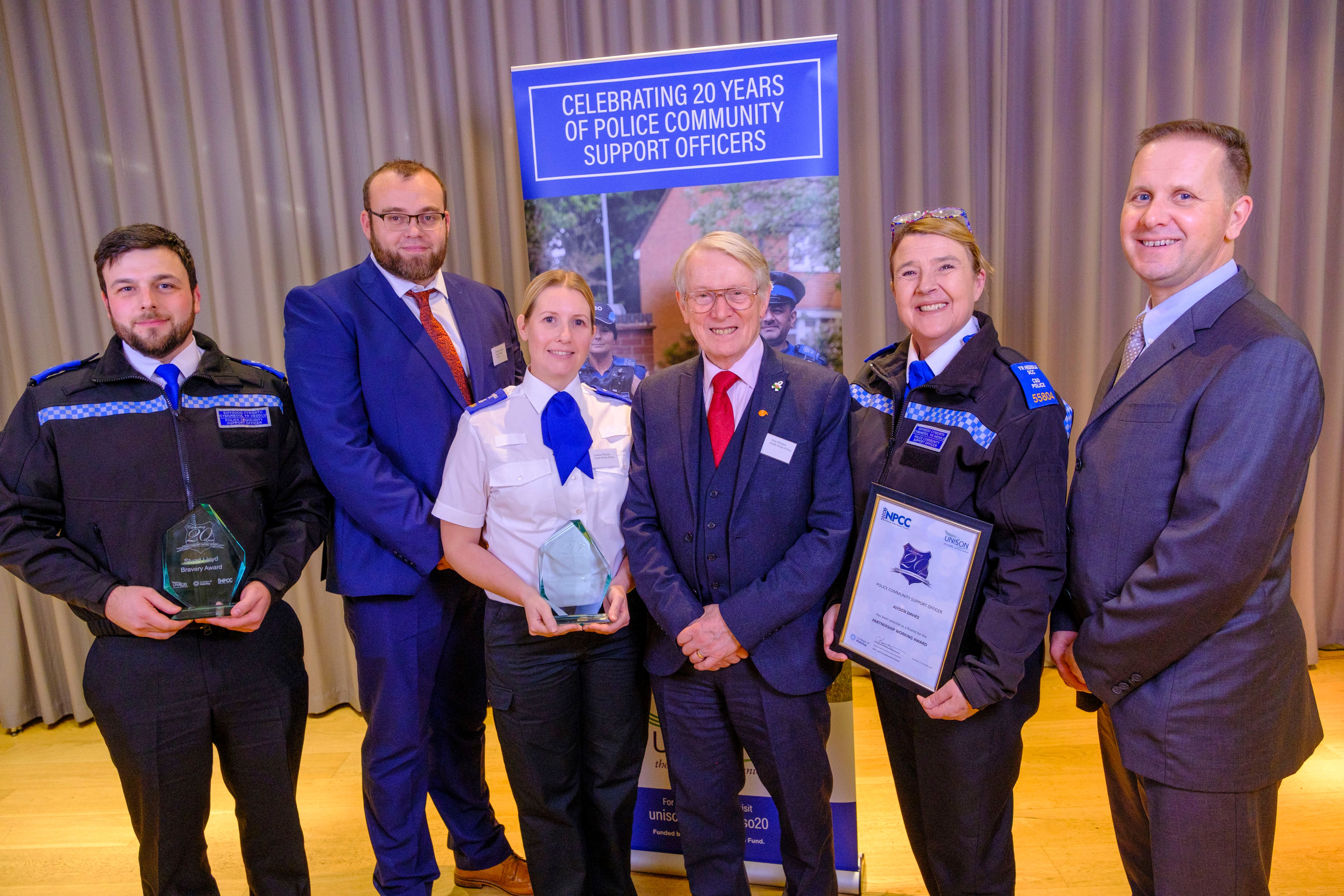