VE Day 75th anniversary: Please continue to protect the NHS and save lives by commemorating at home

As the nation prepares to mark the 75th anniversary of VE Day on Friday, our communities are reminded that they can still pay tribute to the sacrifices of the Second World War generation while staying home, protecting the NHS and saving lives.

Despite the ongoing Coronavirus pandemic forcing the cancellation of nationwide events to commemorate the end of the war in Europe, the Royal British Legion is leading calls for the public to celebrate from the safety of their homes.

National addresses from the Royal Family and government leaders, a two-minute silence and a UK-wide national singalong are among the plans for the day, and the public are also being encouraged to host their own celebrations which are in line with government restrictions and legislation.

“It’s important for families and communities across South Wales to mark the 75th anniversary of VE Day on Friday – even though our plans for the day will be very different to what had been hoped. The constraints caused by COVID-19 have affected this as well as so many of our normal daily activities because of the vital priority of keeping people safe and protecting the NHS. But we can still pay tribute to the generation who gave their lives in the Second World War and did so much to shape our society today.

“You can still mark this occasion at home, in the garden, online and by joining in some of the events which will be broadcast throughout the day on TV. Staying at home and social distancing is a challenge for us all, particularly at a time when the whole nation would want to celebrate, but I urge everyone to keep to the rules which are proving so effective in slowing the spread of Coronavirus and preventing the NHS from being overwhelmed.

“We cannot afford to let our efforts slip. That would be a huge waste of the sacrifices the majority of us have made so far. I know it be can be frustrating, but we all need to Stay at Home, Protect our NHS and Save Lives. Please only go out for the simple reasons which have been set out very clearly indeed. If in doubt there’s a simple summary list on our website.”

“The sacrifices made during World War Two were vast and it is right that we do all that we can to commemorate this, particularly on the 75th anniversary.

“VE Day came after the country had experienced years of adversity; our armed forces, civil defence forces, the police and emergency services all came together to defend the country and protect those who were at home, also often enduring great hardship.

“During the early phases of the Second World War there were public movement limitations put in place across the country protect the public, not completely dissimilar to the current restrictions we are experiencing today.

“While we may not be able to mark VE Day in the way we would have intended, there is still so much we can do to pay our respects and to remember the end of war in Europe, while also keeping ourselves and our loved ones safe.

“We know many people intend to host socially distanced celebrations in the absence of traditional street parties and other events, and there are plenty of ways we can still come together even though we are apart.

“We’d urge people to celebrate from their homes or in their own gardens. Many of the national celebrations are also being televised or live-streamed on the internet, and there is an opportunity to feel close to your neighbours while taking part in a UK-wide doorstep singalong in the evening.

“Ultimately, it is essential that all of us continue to follow the Welsh Government guidance and restrictions. They have been put in place for the benefit and safety of us all and will help ensure the progress that we’ve made in preventing the spread of this virus is not lost.

“As always our officers will be out in our communities and we are also keen to pay tribute to the wartime generation for the sacrifices they made.

“My colleagues do not want to ruin the occasion for anyone, and we appeal for the public’s support so that we do not have to enforce the legislation.”

Have roads been closed for the event?

Local authorities have responsibility for street closures. If these have been declined, then the force would support that decision to ensure that the necessary social distancing measures can be effectively adhered to.

South Wales Police does not want to ruin the occasion for anyone, and we appeal for the public’s support in complying with the regulations so that we do not have to enforce the legislation. After all, the guidance hasn’t changed so we are asking the public take account of this in any celebrations. 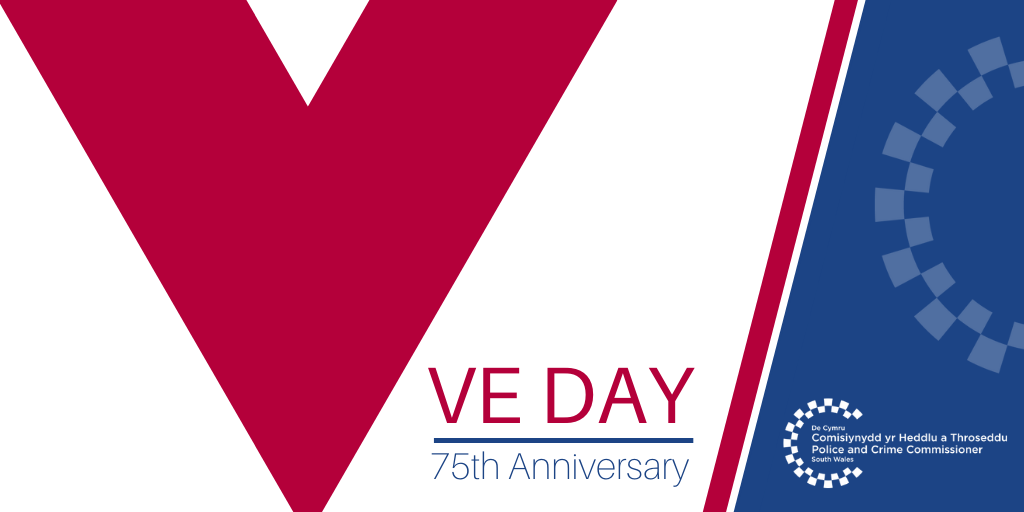