Alun Michael became the first Police and Crime Commissioner for South Wales on the 22nd November 2012, and was re-elected for a third term on the 9th May 2021.

His aim is "to serve the people of South Wales by holding the police accountable and setting priorities for preventing and fighting crime". 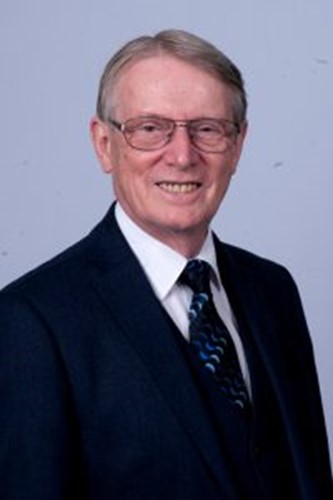 Alun Michael was the Labour and Co-operative Member of Parliament for Cardiff South and Penarth for 25 years from 1987, before he stepped down to stand in the Police and Crime Commissioner election in South Wales.

Here is a summary of his background and engagement with policing and criminal justice:

Alun Michael has spent all his working life in South Wales

On leaving University he worked as a reporter on the South Wales Echo for six years. During that period he was branch secretary of the National Union of Journalists.

From 1972 he was a youth and community worker in Cardiff for 15 years. He developed innovative projects with a focus on young offenders and unemployed young people.

Having become a Justice of the Peace in 1972, he chaired the Cardiff Juvenile Bench until being elected to Parliament in 1987. He also served as a City Councillor from 1973 to 1989, playing a leading role in planning, redevelopment and economic development.

After a time as a Shadow Minister for Welsh Affairs, he served as deputy to Tony Blair and then Jack Straw at Home Affairs. Following the 1997 general election he became Deputy Home Secretary with responsibility for police, criminal justice, youth justice and the voluntary sector. In 1998 he joined the Cabinet as Secretary of State for Wales, before being elected to the new National Assembly for Wales and becoming the first First Secretary (First Minister) of Wales. After standing down from the Assembly, he became the first Minister of State for Rural Affairs and subsequently became Minister of State for Industry and the Regions.

After leaving Government in 2006, he became a leading member of the Justice Select Committee, playing a principal role in the Committee’s seminal report on “Justice Reinvestment”. Alun was also a leading member of the Welsh Affairs Select Committee, taking part in major inquiries into the changing landscape of policing, the city riots of 2011 and drugs policy nationally and internationally. He also chaired the UK Internet Governance Forum and chaired a number of major All-Party Groups such as the Parliamentary Internet and Information Technology Forum, Corporate Governance, Somaliland and Somalia, and Civil Society and Volunteering as well as being Deputy Chair of the All-Party Group on Policing.

He was a member of the expert delegation to examine gang-related crime, radicalisation and elected police chiefs in Los Angeles in 2001, and was appointed to the joint committee of both the House of Commons and House of Lords on detention of terrorist suspects.

His political roots are in strengthening local communities

It was his experience of working with young offenders and unemployed young people in, Llanrumney, Llanedeyrn, Ely, Butetown and Grangetown that brought him into national politics. As an MP he supported local communities – for example playing a leading role in the successful four-year campaign to stop Cardiff Council building on the precious “village green” known as Rumney Recreation Ground.

He has a proven track record on policing issues

As Deputy to the Shadow Home Secretary, he developed Labour’s detailed policies on youth justice, policing, crime reduction partnerships and the voluntary sector. In 1997, as Deputy Home Secretary, he steered the Crime and Disorder Act onto the Statute Book, leading to the establishment of local crime reduction partnerships, youth offending teams, the Youth Justice Board and Anti-Social Behaviour Orders. It has been widely praised by the police as the best piece of criminal justice legislation in a generation.

The Police and Crime Commissioner must swear an Oath of Impartiality before being able to take office. On 10th May 2021, Alun Michael swore this oath.

“I, Alun Edward Michael do hereby declare that I accept the office of Police and Crime Commissioner for South Wales.

In making this declaration, I solemnly and sincerely promise that during my term of office:

I will serve all the people of South Wales in the office of Police and Crime Commissioner.

I will act with integrity and diligence in my role and, to the best of my ability, will execute the duties of my office to ensure that the police are able to cut crime and protect the public.

I will give a voice to the public, especially victims of crime, and work with other services to ensure the safety of the community and effective criminal justice.

I will take all steps within my power to ensure transparency of my decisions, so that I may be properly held to account by the public.

I will not interfere with the operational independence of police officers.”

The overall responsibility of the Police and Crime Commissioner is to maintain an effective and efficient police service by holding the Chief Constable to account. The Commissioner supports the Chief Constable in making South Wales Police the best at understanding and responding to our communities needs, and plays a leading role in community safety and crime reduction.

* subject to veto of the Police and Crime Panel

The Police and Crime Commissioner is responsible for the local police funding. He receives all government grants and council tax precept payments, and allocates the budget, in consultation with the Chief Constable.

The Chief Constable continues to be in charge of the operational policing in South Wales.

The Police and Crime Commissioner is responsible for making sure the Chief Constable does this effectively, and is accountable to the public.

The Policing Protocol Order 2011, which has been issued by the Home Secretary, sets out the framework within which the Commissioner will be expected to work with the Chief Constable and Police and Crime Panel.

The purpose of the Order is to enhance policing for local communities and clarify the functions of the respective parties.

Additionally, it provides an explanation of the role of Home Secretary, information surrounding the operational independence of the Chief Constable and stipulates the respective financial responsibilities of the Commissioner and the Chief Constable.

In fulfilling his role, an expectation will be placed upon the Commissioner to work closely with the Chief Constable, who will retain responsibility for operational activities and the daily management of the Force.

The Chief Constable is responsible for managing the Force’s budget, appointing and dismissing his staff and ensuring the effective delivery of the policing service to meet the needs of our communities.

It is of paramount importance to recognise that whilst the Home Secretary has overall responsibility for policing, and the Chief Constable is accountable to the Commissioner, the Chief Constable has operational independence in the direction and control of the Force. This is recognised by the law in order that he may operate without political interference.

Police and Crime Commissioners and Chief Constables are required to have regard to the national Strategic Policing Requirement in exercising their respective roles.

This requirement focuses on those areas where government has a responsibility for ensuring that sufficient capabilities are in place to respond to serious and cross-boundary criminality threats such as terrorism, civil emergencies, public disorder and organised crime, and in support of the work of national agencies such as the National Crime Agency.

It does not cover areas where Chief Constables and Police and Crime Commissioners are able to make effective local risk assessments.